Behind the lines: Imbedded in an Indian Wedding - Part 1


I am smack bang in the middle of an Indian wedding. Remarkably perhaps there is stillness, a lack of colour and music. There are almost no people. Not the image Bollywood or the usual stereotypes would have us believe. Why so?

The four night marathon wedding fiesta in the north central Indian city of Lucknow; an hour’s flight from Delhi, has reached the end of phase two with last night’s celebrations. Day three marks the start of the official program. For those invited guests on the outside of the extended family circle, there is a small window of opportunity for sleep before the next event begins, generally in the early evening. So we are pacing ourselves. Each day, however, dictates what activity happens on the periphery. Relatives could be summoned at short notice to be involved, meet someone in particular or help out in a directed way.

I have been invited by Rajiv whose wife, Sonia, is from the inner sanctum; the aunt of the bride to be. Rajiv is much happier away from the intrigues that take place in location central; the apartments of family and neighbours. Yet when any proceedings are underway, he throws himself into the fray with gusto. His main game is greetings with relatives, warm hugs and laughter and though he’ll deny it – the dance floor. Being back in his land of birth is reflex and he rises happily and naturally to every occasion, small and large. For Rajiv is gregarious and jocular. A smile is never far from his lips and an ability to make light of all that goes on around him is one of his many endearing qualities. It is an attribute that serves him well in both his native and adopted lands. He is helped by an astute people and situation radar and a desire to learn from life itself.


So far the wedding phases have felt like instrumental music building to a distant crescendo as each note bares some integral connection to the theme. The assembled ‘orchestra’ of guests increases each evening so the Indian equivalent of the ‘wedding march’ develops resonance and gusto. This may be rehearsal for the final phase but as events in their own right, each is bigger and bolder than most main ticket shows I have seen in other countries.
Phases one and two have not even made it to the official program. Nor has the groom. Intriguingly, a small group of his anointed relatives (not parents), siblings and close friends, many about his age, were invited to the house of the bride where her family were on show to welcome them with drummers, petals, food, drink and dance. Importantly chosen members of Team Groom came bearing a vital gift – the bride’s wedding outfit! As the music started in earnest, the dancing appeared to be the most potent symbol of the families coming together. 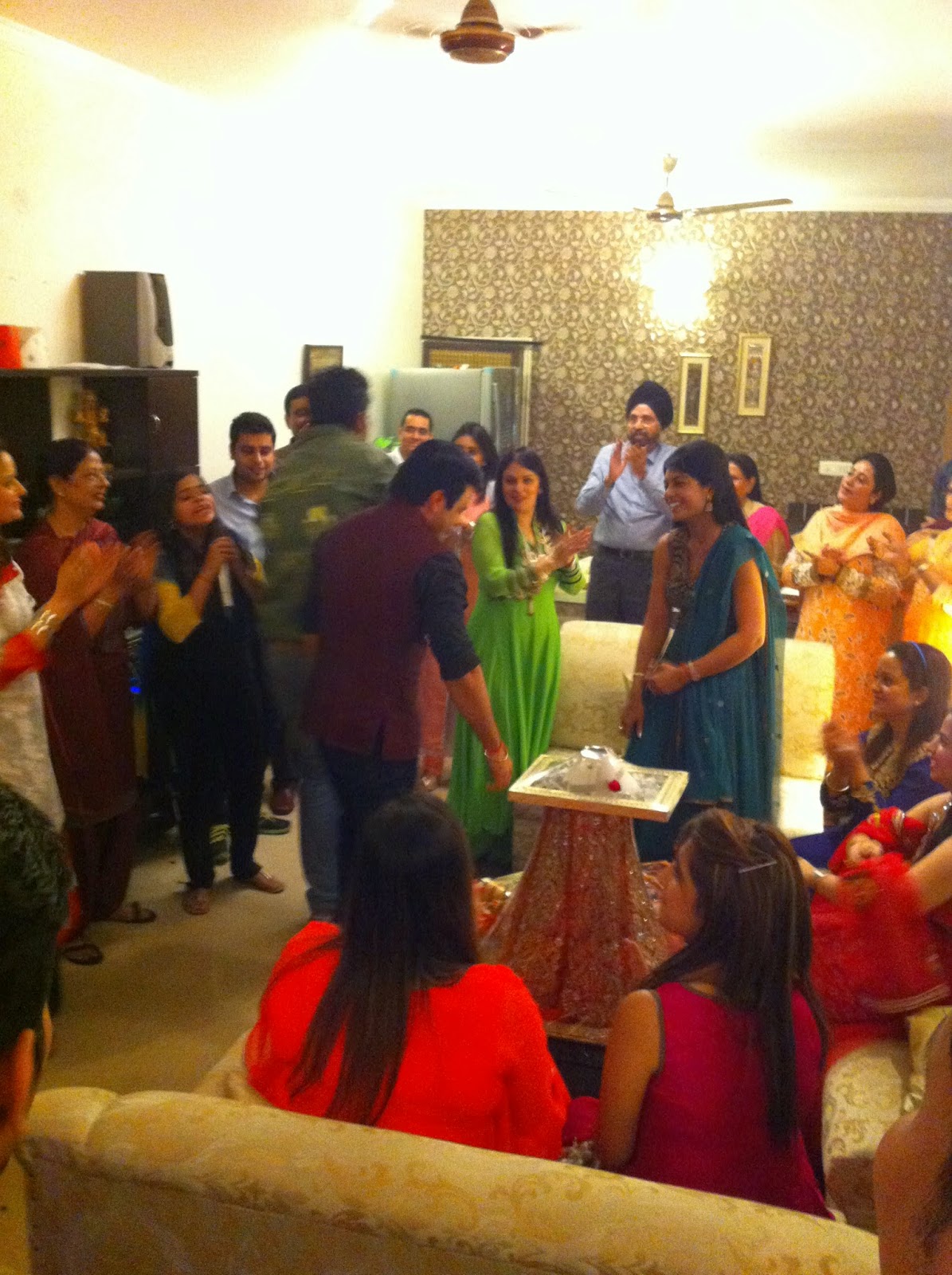 In a set up any movie wanting to depict grandeur and opulence would be proud, over 200 bride related family showed up for the second phase the following evening. Fortunately so too did the caterers and the bar staff. Suited waiters in white gloves would serve a raft of choice offerings including fish tikkas and kebabs that melted in the mouth. A drink of any description was available at the bar. Most local males displayed a strong preference for whisky.


Red carpets spread hundreds of metres up lanes complemented by elaborate decorations on the fences alongside. Extending high in corners were camera flash umbrellas fit for a huge photo shoot. Each contained globes allowing the myriad of photographers to bounce shots off the artificial light to capture the intended nuance.
Yes, there were speeches but brevity seemed the order of the night. Delightfully, the most important messages were sung. At one point three generations sang a superb number in unison; grandfather, father and son. And they did so with no shortage of panache, emotion and obvious talent. 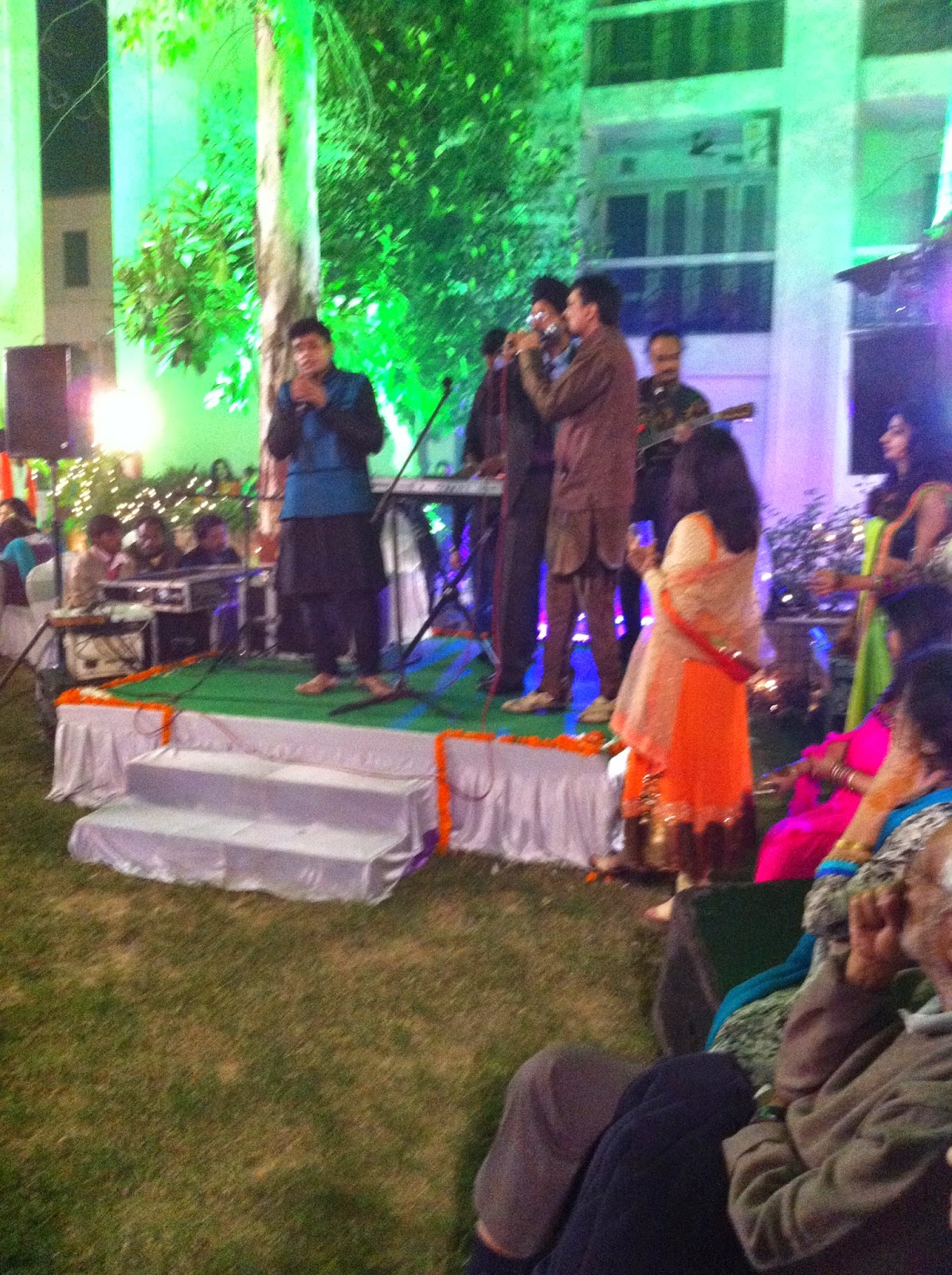 Then pop star ‘Harry’  appeared. He made young female hearts flutter. Unfortunately a throat infection had reduced his quality and output. This did not stop him giving it his best shot as he returned to the elevated stage several times so as not to let people down. Forced to take a break I was assured by the man himself, and his sizeable entourage as it passed, that he would keep going; evoking the Punjabi spirit of never giving up.

The lively dancing, via a band initially and then the sound system, was instigated by the young but crossed generations. The music belting out from ground level floated sounds of joy and celebration high into the neighbourhood air. By now it was rich with the aromatic smells of yet more food being served from the portable cookers under the guiding hands of the tented caterers. 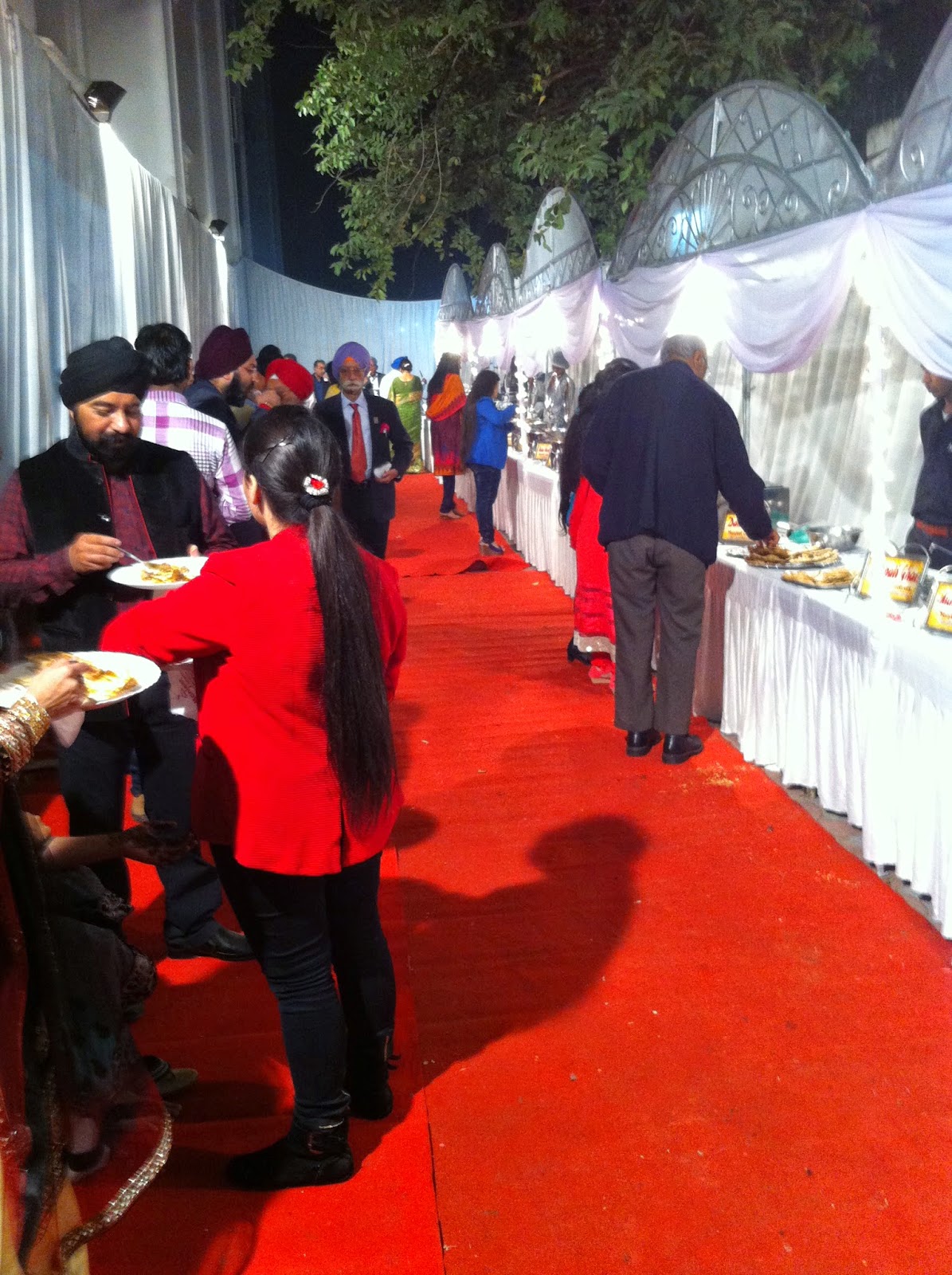 Such infectious energy generated by a loving crowd gyrating to popular local tunes was hard to deny. Sure the white guy couldn’t dance but he received a hell of a lot of encouragement from those present and had all the fun on offer in India’s most populous state; Uttar Pradesh. 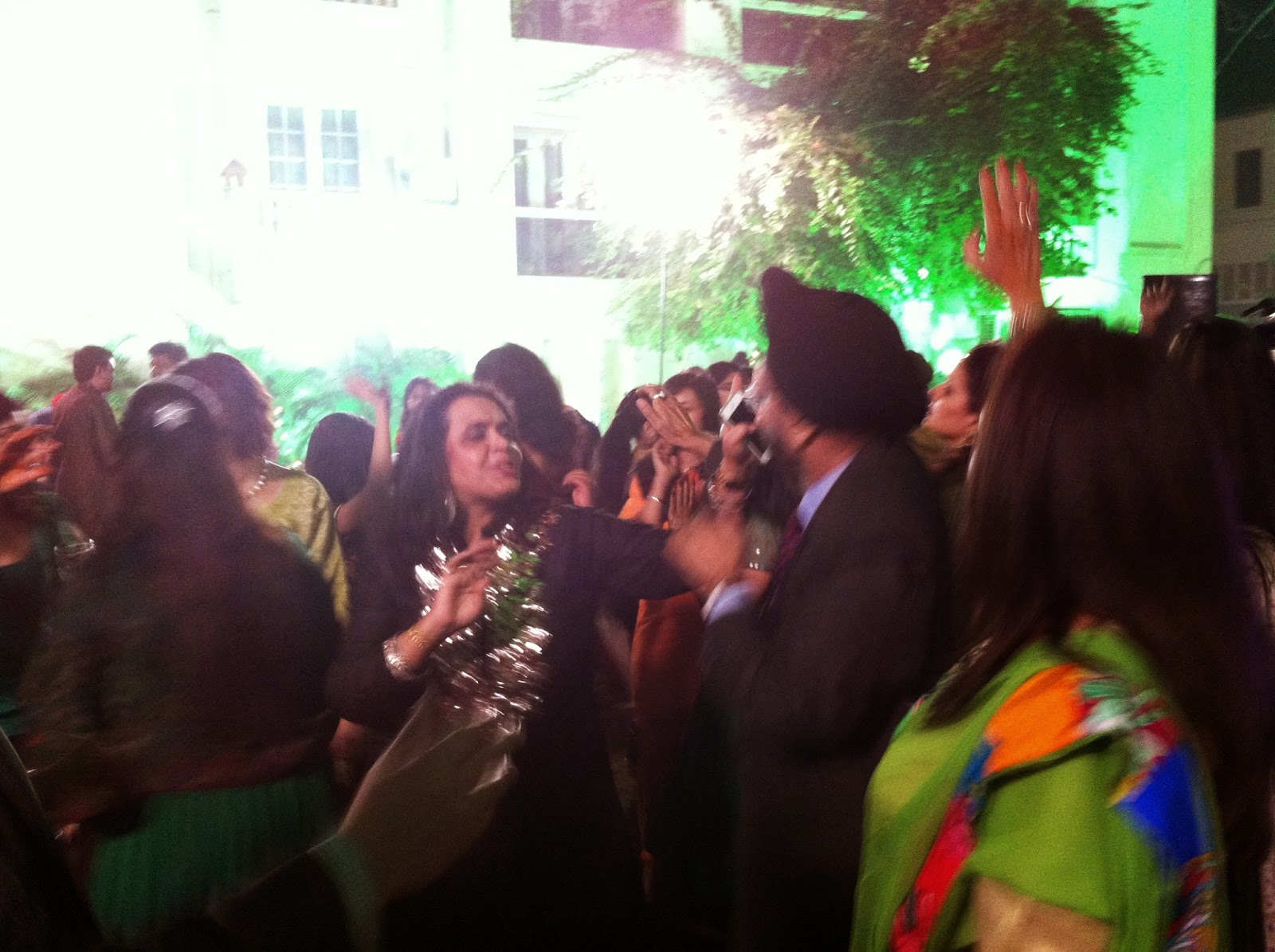